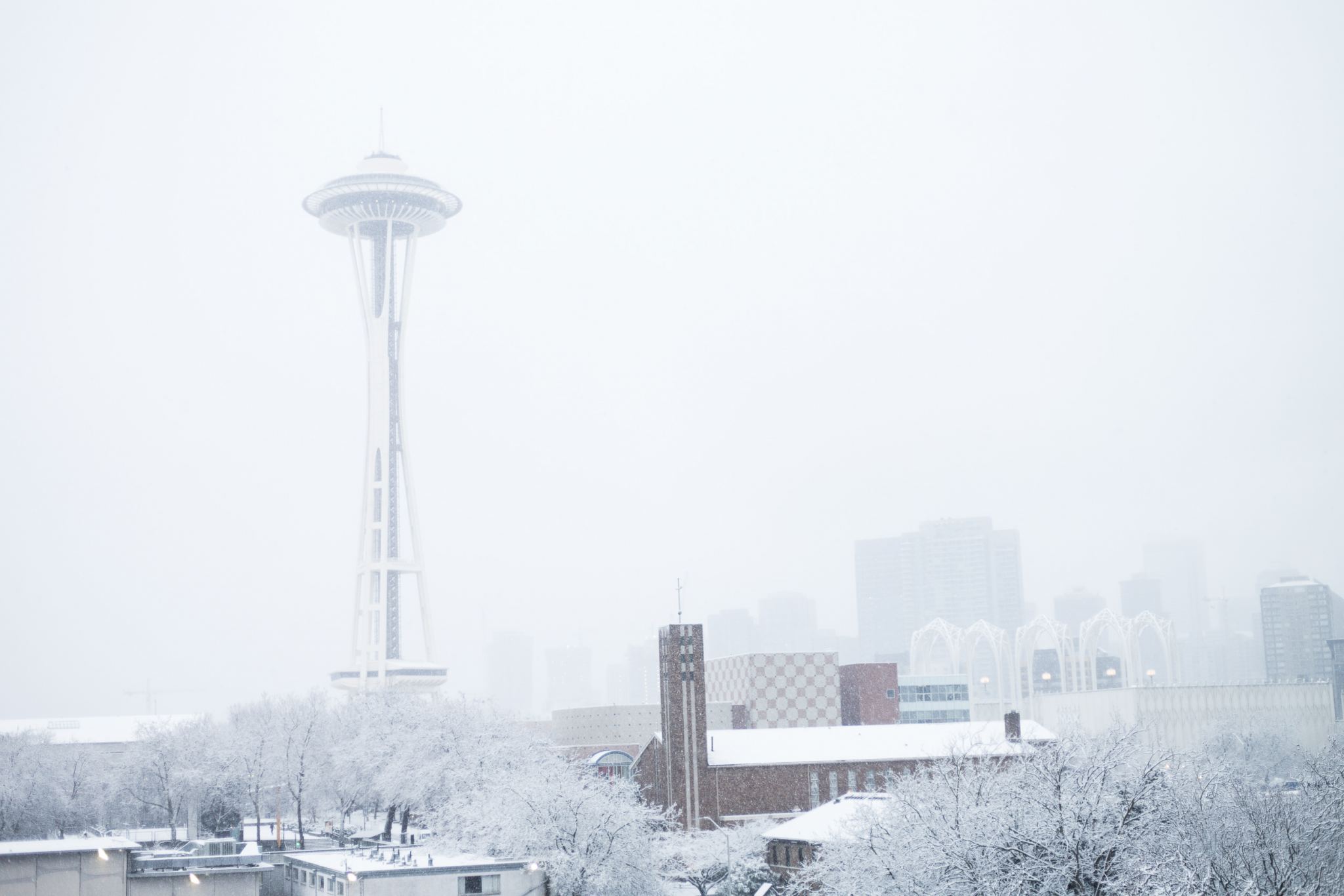 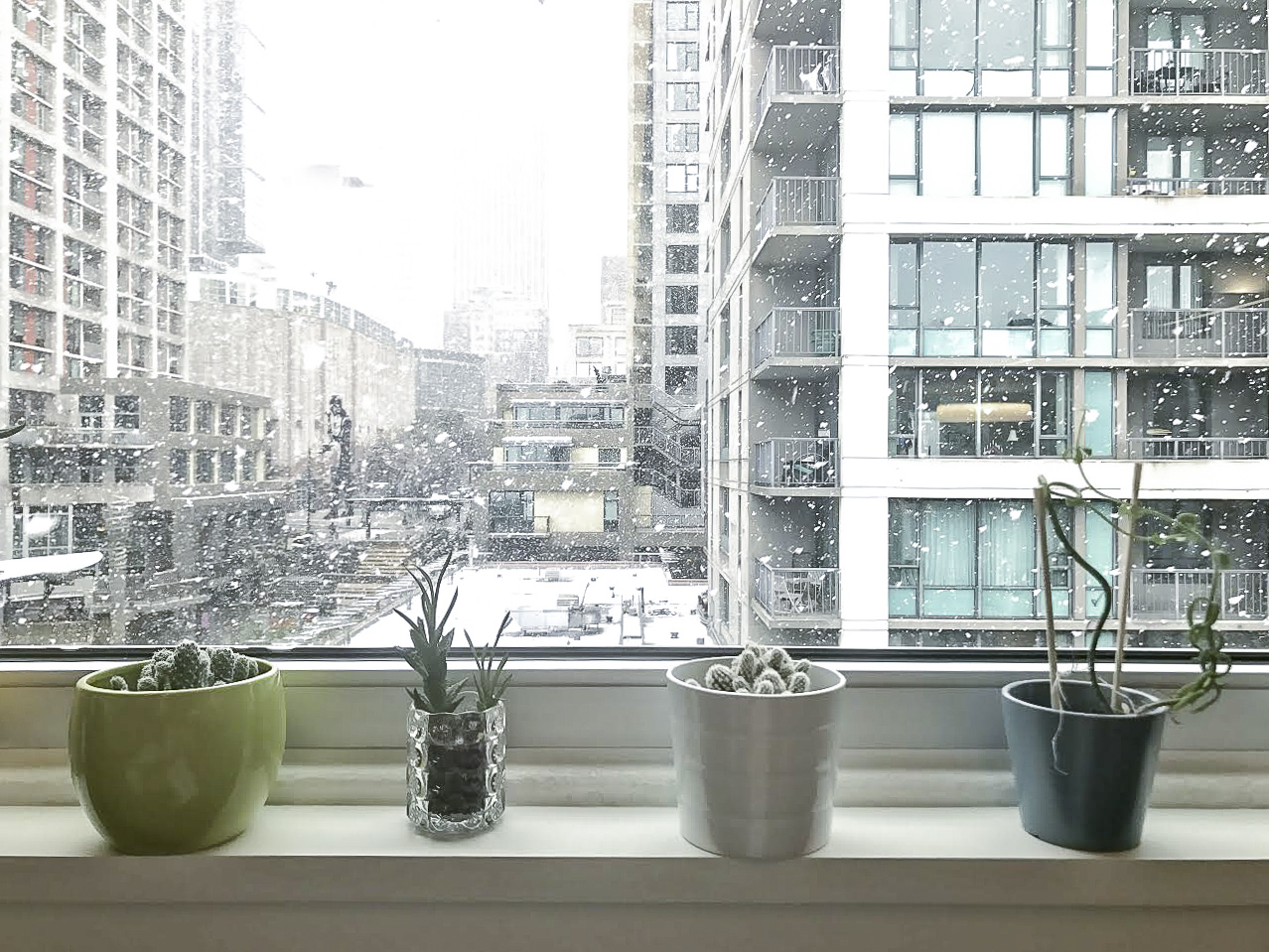 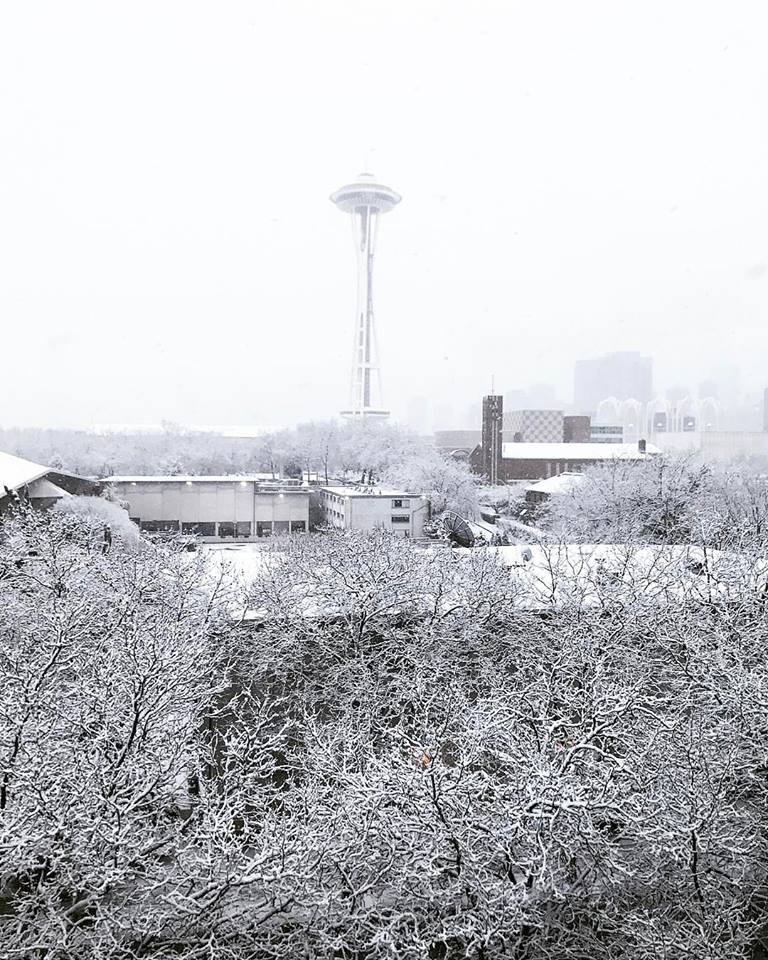 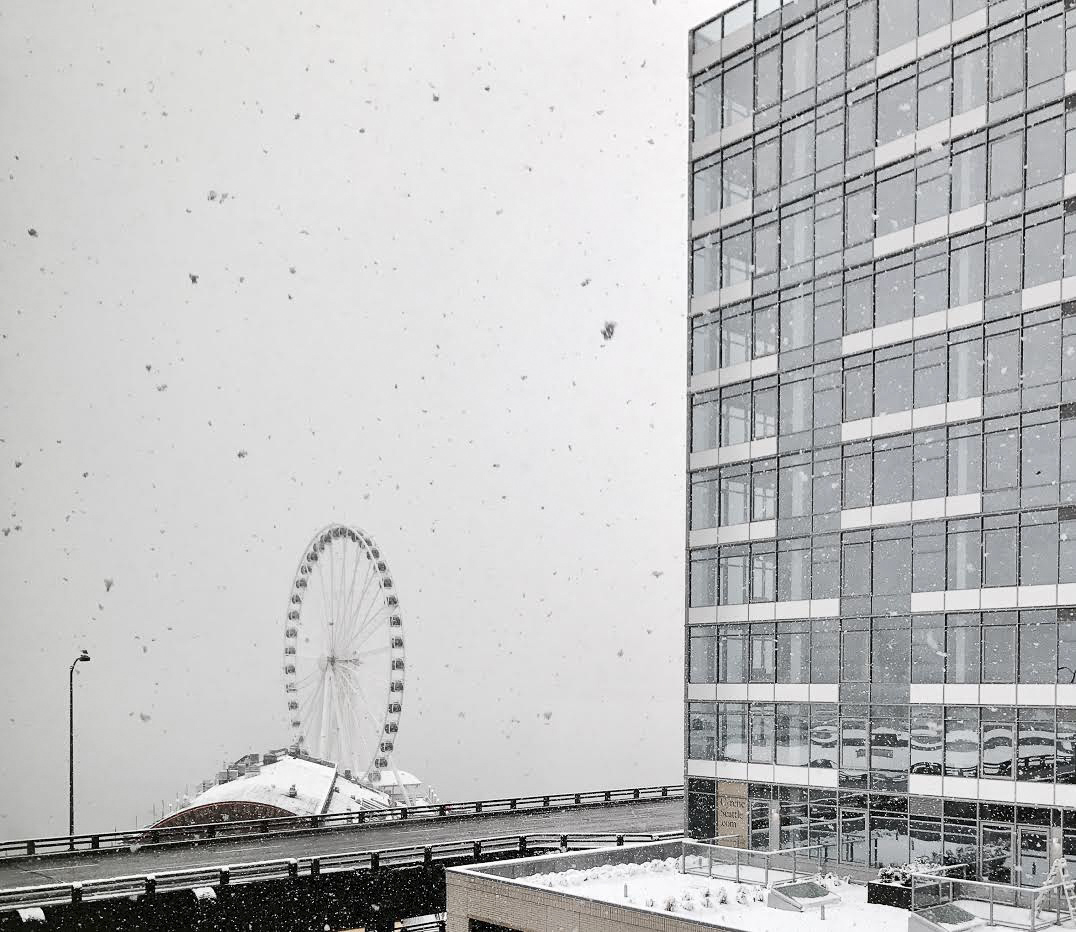 Yesterday was my first Seattle snow day!! Unfortunately, I didn’t get to sleep in and go outside and play in the snow like I used to in when I was in middle school, but it was still so beautiful to witness!

Growing up in Iowa, snow was a regular occurrence from October to March (and sometimes April or May). When I graduated college I promised myself that I would move to a city that never saw snow! I was so irritated with all of the shoveling, the walking to class through feet of snow, and the slush that would form on the sidewalks and the streets when the snow started to melt. I never thought I would miss it, But I was wrong!

Snow brings such a magical feeling when you wake up to a fresh blanket covering the neighborhood. It can transform a cityscape or a landscape into something completely new and almost untouched. I never realized how much I missed seeing snow until I moved to a place where a snow day is an anomaly.

As I sit here and write this post, just 12 hours after waking up to a winter wonderland, I am now looking outside my window at the bare sidewalks and trees, free of all snow. Just as quickly as the snow fell and covered the city, it melted and left no trace. So for now, I will be impatiently waiting, just as my middle school self used to do, for my next adult snow day. 🙂

Preparing for our first thanksgiving in our first

Lucy aspires to be the next @officialphilcollins

Losing our voices at a Charlie Puth concert is the